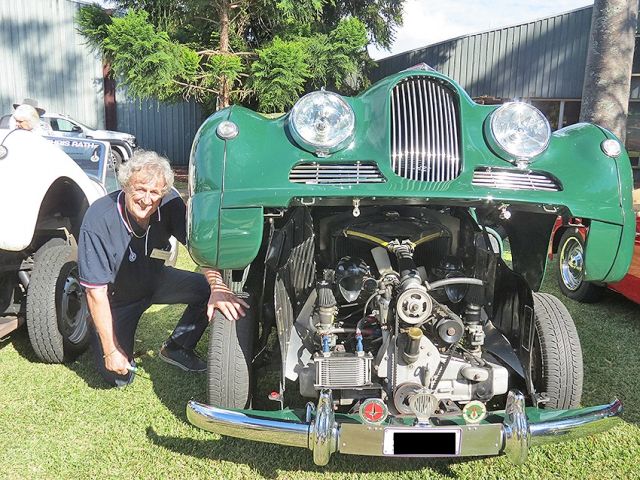 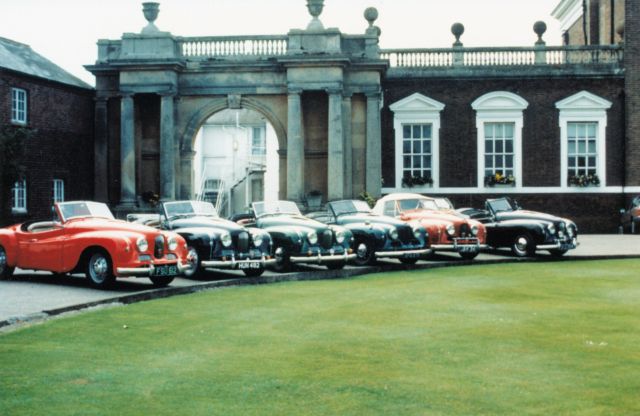 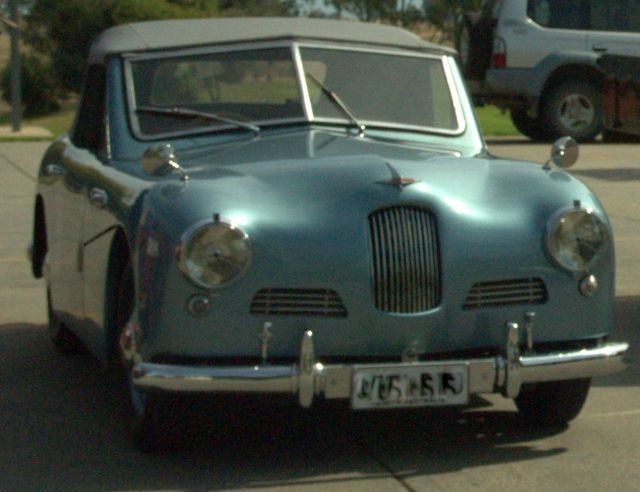 Following  the success of the Javelin in various competitions including Le Mans 24 hour, it was decided decided to use its power train in a sports car for export in the hope of increasing their inadequate steel allocation.

The complete Jowett Jupiter was displayed for the first time in New York in April 1950 prior to this the chassis had been displayed at the London Motor Show of 1949.

Eberan von Eberhorst, formerly with Auto Union, designed and developed the Jupiter's tubular steel chassis. The suspension used soft torsion bars and anti-roll bars front and rear with independent suspension at the front. The engine was mounted very far forward ahead of the front axle line with the radiator low behind it over the gearbox. Reg Korner of Jowett put a steel framed aluminium drophead coupé body with a bench seat for three people. There was no external access to the boot (trunk) and the bonnet (hood) was rear hinged and opened complete with the wings.

These cars were only for export. The plan was for coachbuilders to build bodies and supply the local market.

An initial 75 chassis were supplied to external coachbuilders such as Stabilimenti Farina, Ghia Suisse, Abbott of Farnham and others in Britain. These bodies where expensive considering The Jupiter was only a 1500 c.c. car and so Jowett built their own complete cars The Jowett factory made 731 Mk1 and 94 Mk1a cars. The Mk 1a came out in late 1952 with a little more power (63 bhp) and an opening lid to a boot of larger capacity.

Dr. Ing. Robert Eberan von Eberhorst was a tube man from way back. He had after all had a major hand in building the pre-war Auto Union Type D racing car and after the war was used by Cisitalia as they set up their racing division. He stated, when asked about chassis tubes: “The tube is the only element that gives, at the same time, the best torsional and bending rigidity, and you have both. I have always thought that torsional rigidity was an essential part of road stability, and you can’t beat the special properties of tubes for that.”

So, when in May 1949 he was asked to design a chassis to suit the 24 hour Spa winning Jowett Javelin mechanicals and suspension, he chose 3 inch 16swg chrome molybdenum tubes as his starting point. As a follow-on he used 2 inch 18swg tubes and made sure that the torsional and bending was restricted by only using straight tubes. Four months later the complete Jupiter rolling chassis appeared at the Earls Court International Motor Exhibition.

Eberan repeated the performance by designing the Aston Martin DB3 incorporating some of the features of the Jupiter such as the trailing link torsion bar front suspension and the rear axle located by parallel links and a panhard rod using metalastic bushes.

The chassis was light and strong and the completed car was expected to weigh in at about 16 cwt. However, by the time that the structural steel tub was built to hold the aluminium body, the final product came in closer 1 ton (20cwt). 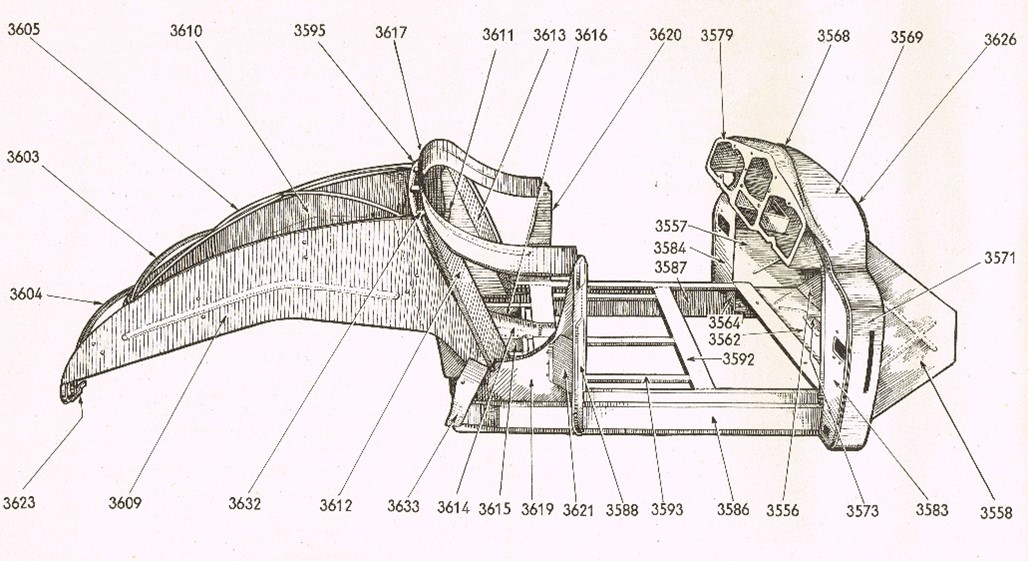 Introduced as the brand new racing car at Le Mans in 1950 the car performed well winning its 1.5 litre class. There were some show cars built, but whilst the chassis were available from August 1950, the first standard body Jupiter was not available to December 1950. In the meantime, 8 rolling chassis complete with all mechanicals and instruments had found their way to Australia. The earliest of these chassis #11was purchased by Tom Geoghegan father of Leo and Ian and was fitted by them with an ugly body much too heavy for the vehicle.

Chassis #69 left the factory in March 1951 destined to Tasmania for Don Gorringe, the local Jowett dealer. It caught the eye of Lyndon Duckett of Toorak Melbourne, better known for his Anzani Bugatti and pre-WW1 Mercedes racing car. Duckett had a local panel beater fit a light-weight aluminium body to the chassis on the superleggera principle. The design followed the lines of the 1951 Le Mans class winning Jupiter.

As a result, the completed car hit the scales at just under 14cwt, a significant saving over the standard body. It must have taken quite some time to complete the car as its only known appearance was at Albert Park in the Racing Car scratch race B Grade in March 1957,where it blew a bottom radiator hose losing all its water and retiring before the finish of the 8-lap event. 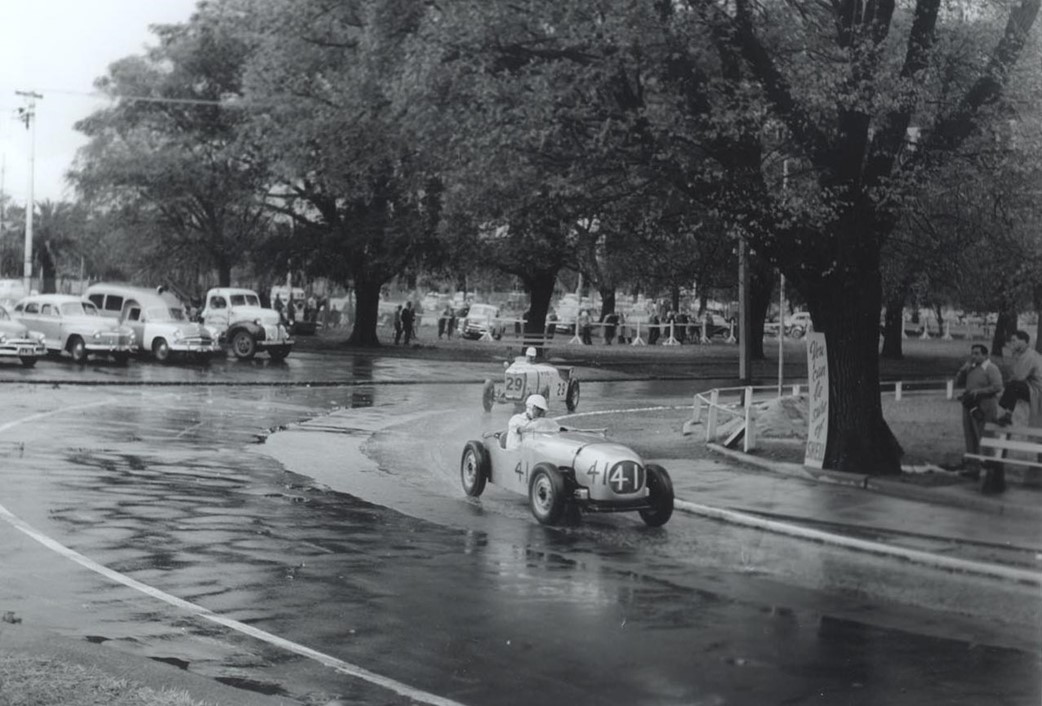 Seen here driving the car Lyndon is sitting on a Dunlopillo piece of foam with the same for his back. There were no seat belts the only thing to hang on to was the steering wheel!

The car was retired after that with Lyndon getting involved in various other projects until in 1971 he added mudguards and lights to make it roadworthy. It still has its original Victorian 1954 registration label attached to the chassis. It stayed in Lyndon’s Melbourne city Sutherland Lane shed under sheets of paper and a tarpaulin.

It was at the Amaroo Vintage meeting in January 1974 that Ed Wolf, a long term Jowett owner and brother in law to Wylie Javelin owner Bruce Polain, heard from a Melbourne participant of the existence of a Le Mans Jupiter in Melbourne. He did not really believe the informant but did follow up on the lead to meet up with a reluctant seller in Lyndon.

For 28 years on regular visits to Melbourne, Ed would drop in to have a chat to Lyndon and enquire about the Duckett but the answer was always the same. Eventually when Lyndon was in hospital, he agreed to sell the car and Ed promised that he would send a report of every event to Lyndon so that all was not lost. 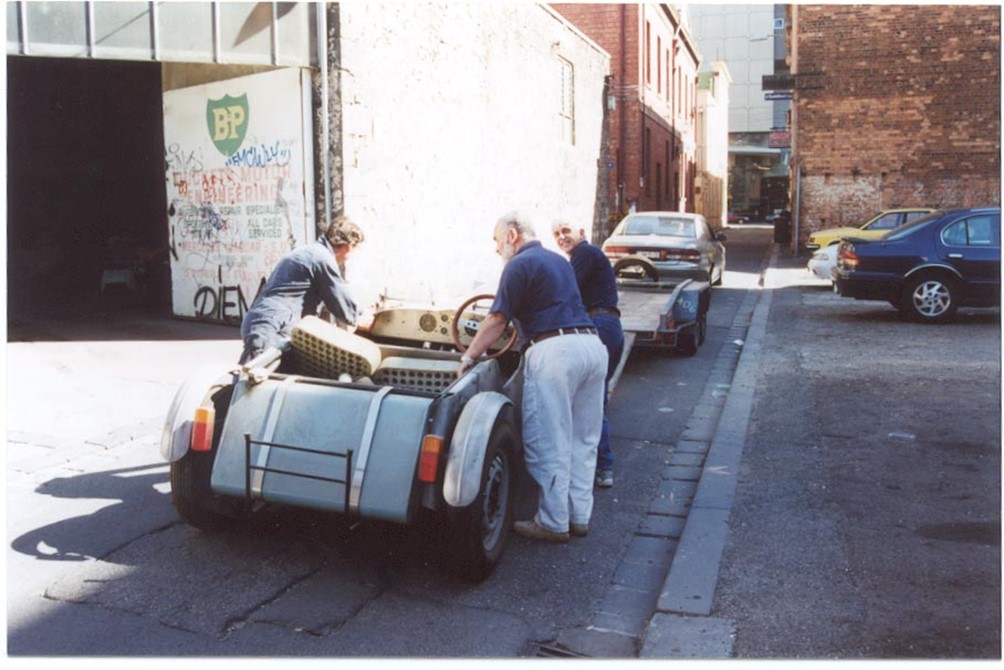 The Duckett arrived on a borrowed trailer at Ed’s Balgowlah Heights garage for a thorough overhaul. In order to make it eligible, it needed a new floor, firewall, proper adjustable seat, roll bar, 3 point seatbelt, better shock absorbers and a tonneau. Over time these were all added to the car and it was road registered on historic plates through the Jowett Car Club of Australia. The club maintains a huge range of spares in containers based at Orange and Toowoomba and also has reciprocal arrangements with both New Zealand and the UK 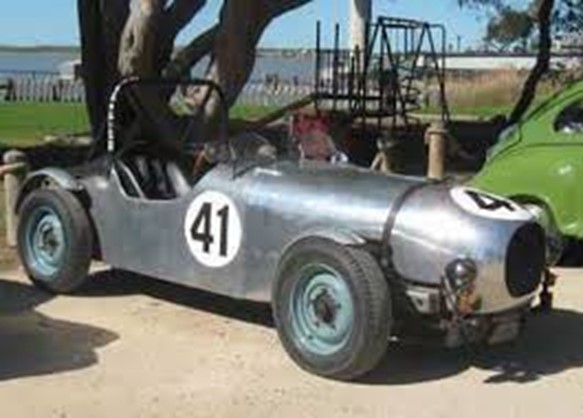 Since then the car has been entered in numerous GEAR meetings at Oran Park, Wakefield Park, as well as Newcastle and Megalong  hillclimbs. It has always been a joy to drive. It has surprised some with the power and its agility. That chassis really does not flex. Eberan von Eberhorst had the right idea. 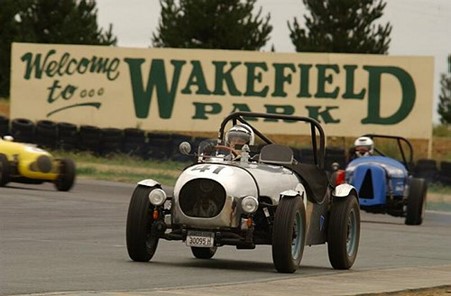